Circle of the Moon Blog Tour

Check out my review here: 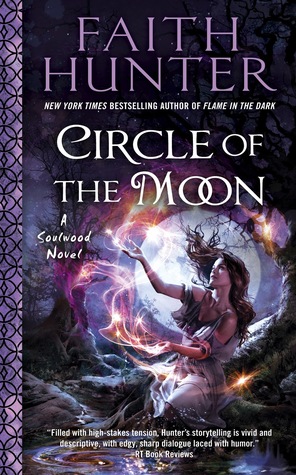 About the book:
Nell can draw magic from the land around her, and lately she’s been using it to help the Psi-Law Enforcement division, which solves paranormal crimes. Joining the team at PsyLED has allowed her to learn more about her powers and the world she always shunned—and to find true friends.

Head agent Rick LaFleur shifts into a panther when the moon calls him, but this time, something has gone wrong. Rick calls Nell from a riverbank—he’s naked, with no memory of how he came to be there, and there’s a dead black cat, sacrificed in a witch circle and killed by black magic, lying next to him.

Then more animals turn up dead, and the team rushes to investigate. A blood-witch is out to kill. But when it seems as if their leader is involved in the crime, the bonds that hold the team together could shatter at any moment.

Hang around after the jump to read an excerpt for the book! 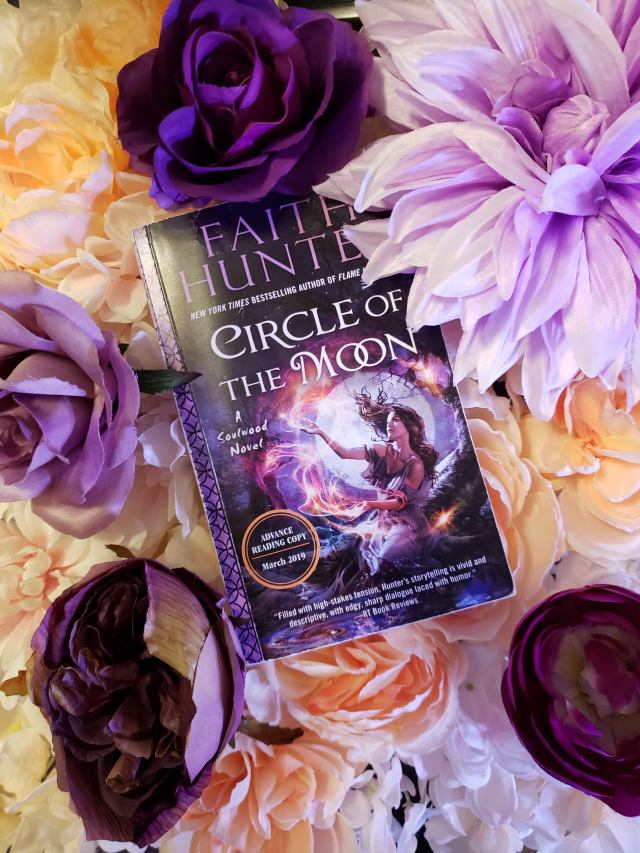 Tandy said into the PsyLED-only frequency, “LaFleur responded. He is en route to your twenty. ETA twelve minutes. He recommends that you pull back. Suggests that you thank KPD for their assistance and send the officers on scene back to their units.” That meant Rick was human shaped, not his black-were-leopard shape. His order was not entirely unexpected. Humans near an active working might accidently set in motion a magical working that had been initiated but placed on hold and not yet fully launched, injuring themselves or others. In a slightly different tone Tandy said, “Alerting PsyLED agents on scene: Pea is with LaFleur.”

Lainie shot me a look through the dark, not one I could decipher. Pea hadn’t been around much in the last few weeks. The grindylow, were-creature killing machine, hadn’t appeared at the other circle. Why did she show up—I looked around at the nearby humans. Right.

“Copy that, but I thought we were looking for a robbery suspect,” one of the cops said.

“We were. That is now officially on the back burner. Officer safety is paramount to PsyLED, and we’ve stumbled on what is a dangerous paranormal scene.”

Stumbled on? Or were led to? By a witch under glamour? Or something else?

“What about the homeless?” the cop pointed across the creek to the camping area.

“Most likely took off when you guys showed up. And running water will keep them safe,” T. Laine said.

I am an avid animal lover, photographer, reader, and much more. While my photography blog is feeling a bit neglected at the moment, the other sites I'm involved in are going strong. ✧I review books, comics, and basically anything else in the literary world over at Quirky Cat's Fat Stacks (of Books). ✧I review comics and books, as well as write content for Word of the Nerd. ✧I review comics for Monkeys Fighting Robots. ✧I write content for Screen Rant and CBR. ✧I write book reviews for The Review Crew.
View all posts by Liz (AKA Cat) →
This entry was posted in Blog Tour, Fantasy, Uncategorized and tagged Blog Tour, Book, Book Review, Books, Circle of the Moon, Circle of the Moon by Faith Hunter, Excerpt, Faith Hunter, Fantasy, Giveaway, Let's Talk! Promotions, Review, Soulwood, Soulwood Novel. Bookmark the permalink.

1 Response to Circle of the Moon Blog Tour