The Importance of Street Teams 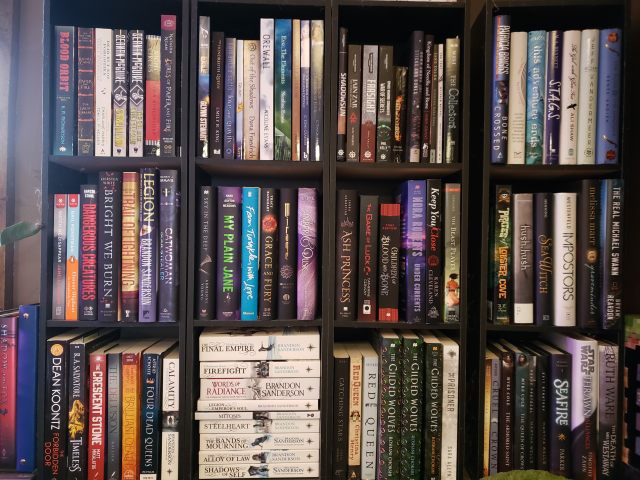 Recently I heard the news that one of my favorite authors (Karen Chance) was being dropped by her publisher. I was understandably upset to hear the news; mostly for her sake (Karen Chance has promised that she’ll continue the series on her own, so her fans are not going to be losing out here).

Since the news came out, a bunch of her fans (myself included) have been getting together and doing what we can to help promote her work. It seemed like the right thing to do, naturally.

But it got me thinking. I’ve been on a few Street Teams in my time, but I don’t think I ever really appreciated just how important they are to authors. Especially indie authors or authors who aren’t fully supported by their publishers (it does happen).

For the record, a street team is a group of people, usually fans, that work together to help promote sales. In this case we’re talking about book street teams, but they exist for basically every media out there. They’re pretty cool. And no, they’re typically not paid (though I imagine sometimes they are; it’s bound to happen somewhere).

An enthusiastic street team can start an author off with a significant number of honest reviews, plus arrange blog posts and tours, and a whole bunch of other fun activities to draw fans in. For example, the Karen Chance one is relatively new, but we’re already arranging a re-read through of both of her series. The goal is to get all the members in the team to read and review all of her books. That’ll be twelve reviews per team member; and that’s before taking into account how many different places a review can be shared. That’s a lot of publicity.

The enthusiasm of a team can be infectious as well. I know from personal experience, that I would try to get my friends to read the novels I was promoting, simply because I thought they’d like them. A couple of times those recommendations spread even further, as friends liked the books and told another friend to read them. Word of mouth is major when it comes to promotions.

The point I’m trying to make here is that street teams have a purpose in the book world, even if it is one that’s frequently overlooked by somebody not neck deep in the world.

If you have a favorite author you love and would like to help promote, check out their sites and see if they have a street team running. I’ve found most of the street teams I’m apart of through Facebook, so I know they’re out there.

And on the off chance that you’d like to join the Karen Chance street team, send me a message and I’ll make sure it’s all taken care of. But really, all I ask is that you consider supporting any author out there. They need us more than you might think.

I may be feeling more opinionated on this topic than normal. For those of you that don’t know this (probably most everyone, because I don’t think I’ve ever stated it) – Karen Chance is the reason I got into book reviewing. It’s something I had always wanted to do, but it wasn’t until I won one of her ARCs that I was actually motivated to try. And here I am, nearly two years later.

I am an avid animal lover, photographer, graphic designer, and much more. I love to create art, and am willing to try any artistic technique at least once. I am particularly fond of artworks involving a lot of emotion and color. The purpose of my blog is for me to be open and honest with myself and the world about my attempts to grow as an artist. My other major passion is reading. My TBR pile is larger than I'll ever be able to read, and yet I can't resist adding to it on a nearly daily basis. I love to read science fiction & fantasy, graphic novels, and pretty much anything I can get my hands on. I have a couple of blogs, as you can see. One is primarily my photography, while the other are my book reviews. If you have any questions, feel free to reach out!
View all posts by Liz (AKA Cat) →
This entry was posted in Uncategorized and tagged Book, Book Promotion, Book Promotions, Book Review, Book Reviewing, Books, Favorite Authors, Karen Chance, Street Teams, The Importance of Street Teams. Bookmark the permalink.